Doubly certified in Art and Elementary Education, Mr. Gibbons has taught in such places as Japan, Egypt, and Wildwood New Jersey. His classroom lessons are often featured by Davis Publications, and Firehouse Publications as exceptional and innovative.  He is an AENJ award winning art educator recognized internationally for his innovate approach to art instruction. More about his approach to art education can be found on his blog HERE.

He is the founder and director of the Firehouse Gallery of Bordentown, which has hosted exhibitions of artwork by both local and international artists. In 2005 part of his gallery was converted into a studio because of the popularity of his work. His work has been featured in international exhibitions of art in Osaka Japan, Alexandria Egypt,  Los Angeles, New York City & Phoenix Arizona. His work was selected by the Carnegie Museum of History for a public work in Pittsburgh. His figurative paintings has been in ARTnews magazine more than a dozen times and other international publications including American Art Collector.

In 2005 Gibbons was a top 10 winner of the Staples Invention Quest Contest. His invention, the "Digi-Dot" was available nation-wide through 2010. In 2012 he collaborated with other inventors to write the book, The Users Guide to Online Inventing, available on Amazon, and HERE.

His work can be found/archived in both public and private collections including such places as the Guggenheim Museum, the New York Museum Of Modern Art, the Los Angeles Museum of Contemporary Art, Jeu de Paume of Paris, the Judy Garland Museum and many more. His portrait commission include corporate clients such as NWL Industries, ASK.com founder, and confidential celebrity clients. Gibbons is a winner of a Geraldine R. Dodge Scholarship for studies in Figurative Fine Art in 2004. He participated in both the New York 9-11 Memorial Competition and the one for New Jersey. In 2008, a Gibbons' painting, A New Hope was given to the Obama White House, Washington, DC. A letter of thanks and appreciation was received from the President, along with a signed photograph, and is on display at The Firehouse Gallery of Bordentown. 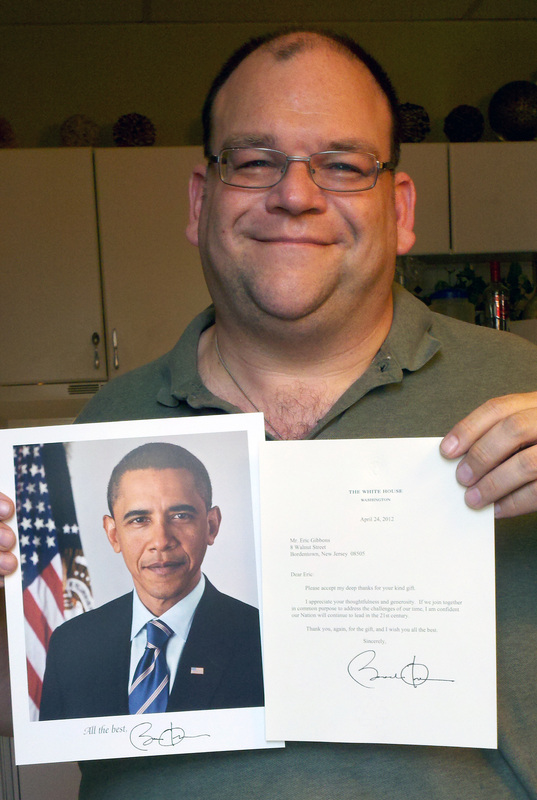